Jason Bradford is about to do the one thing that he swore that he would never do, he’s about to fall in love in this romantic comedy from New York Times bestselling author R.L. Mathewson.

Haley Blaine was done with being the world’s biggest pushover and it was all thanks to the incredibly handsome man living next-door determined to make her life a living hell. After he’d finally pushed her too far, Haley decided to take matters into her own hands, and now…

She was terrified of falling for the one man that was guaranteed to break her heart.

The last thing that Jason expected was for his incredibly shy neighbor to lose her goddamn mind and attack him with a hose, but now that she had, he couldn’t help but notice just how well she fit into his life. He liked having her around, loved the way that she felt in his arms and-

He was about to lose his goddamn mind.

She could do so much better than him…

Which meant that it was time to show her that this was anything but a game before it was too late.

Welcome to the Neighbor from Hell series.

“I had a really nice time,” Jonathan said, probably for the tenth time.

Haley forced herself to smile and, of course, lie. “I did, too,” she said, hoping he wouldn’t ask her to elaborate because she would be hard-pressed to find something nice to say about this evening, except that it was finally ending.

This was definitely the last time that she went on a date with anyone that Mary, one of her oldest and dearest friends, suggested. After Mary set her up with the taxidermist, who liked to carry his projects with him, she should have learned her lesson, but instead, here she was.

The date didn’t start off badly. In fact, he’d been on time and she’d thought he was cute in a nerdish way. He was tall, a bit thin, but still, he looked nice. His clothes were clean and he smelled good. The first clue that something just wasn’t right occurred when they arrived at the restaurant.

That’s when his mother called for the first time.

During their four-hour date, it lasted that long because he believed in taking small bites and chewing each bite a total of twenty-five times for proper digestion, she’d called a total of twenty-three times. Yes, Haley was sure that it was his mother because he stayed at the table when he took the calls so that she was able to hear every soul-crushing word.

The reasons for the calls ranged from she missed him, wanted to know if he’d rather come home and eat what she cooked, reminded him to clean his room tomorrow, and her personal favorite, she wanted to know if he was still with “her.”Judging by her tone and the number of calls, his mommy was not a happy camper that her little boy was on a date.

Granted, her little boy was thirty-five years old, and according to him had never lived on his own. Why would he when he lived with his best friend? Meaning, mommy dearest. Of course, he did spend a good amount of time complaining about how unfair his mother could be. Who knew that a thirty-five-year-old man could still be grounded for not picking up his dirty socks? She certainly hadn’t.

Haley couldn’t wait to get inside her house and change into a pair of jeans and a tee-shirt and have a good laugh about this with Jason. Then again, Jason may not have forgiven her yet for what happened earlier, hence the large piece of chocolate cake with peanut butter frosting in the doggy container she was currently holding. Jason was a big baby, but a big baby that could be bought with food.

“Well, here we are,” Haley said brightly as they pulled into her driveway, only to add, “It’s been fun. Thank you again,” as she practically ran from the car.

“This is a really nice house,” Jonathan said from somewhere close by, too close. Haley looked back and bit back the curse that threatened to leave her lips when she saw him. He was following her to the door. She wanted to cry, really, she did. When would this nightmare end?

She walked up to her door and plastered another fake smile on her face. “Well, thanks again.”

“You’re welcome,” Jonathan said as he gave her a shy smile before he leaned in to kiss her. Thankfully, she saw that one coming and turned her head in time to receive a wet kiss on her cheek.

She barely stopped herself from wiping her face. She’d scrub it off in a scalding hot shower as soon as she got inside, Haley promised herself.

“Oops. Sorry,” Jonathan mumbled as he leaned in to give her another kiss.

Faster than even she thought was possible, Haley had the front door unlocked and stumbled back, saving herself from more slobber.

“Can I come in for a cup of coffee?” Jonathan asked eagerly before he added, “I can stay out as late as I want tonight.” Oh, she knew that he was lying. Someone was going to be in so much trouble when he got home, Haley thought, mentally tsking him.

She opened her mouth to politely refuse when the yelling began.

What the hell? It sounded like Jason was in her house.

“Help me, please! Somebody, please help me! Why won’t somebody help me?”

Haley didn’t stop to answer. She was already running towards the sounds of Jason screaming, wondering why it sounded like it was coming from her room. Seconds later, she threw her bedroom door open and stumbled as she came to a halt five feet into the room, which put her directly in front of her bed.

“What the hell…” Jonathan muttered as he came to a stop behind her.

“Oh, thank god you’re here, Haley!” Jason said, sounding happy for someone who was tied to her bed in only a pair of boxer shorts. “I know you said it turns you on knowing that I’m tied to your bed waiting for you, but I really need to use the bathroom and stretch my legs before we…” Jason said, his voice trailing off when he caught sight of Jonathan.

Sighing dramatically, Jason said, “I thought we agreed that you would tell me ahead of time before you added someone to our bed. It’s fine this time. Lucky for you, I think we still have plenty of lube.” With another sigh, he glanced at Jonathan, who was still staring at Jason dumbly, and added, “I hope you’re not a screamer. The last guy screamed his head off every time I-”

“You’re sick!” Jonathan cried, cutting Jason off. “Stay away from me and don’t try to call me either! I’m telling my mother about you!”

Haley didn’t spare Jonathan a glance as she glared at the man with the huge shit-eating grin tied to her bed. She was vaguely aware of her front door slamming shut and the sound of tires peeling out of her driveway a moment later.

“Is that for me?” Jason asked, looking pointedly at the styrofoam container in her hands.

“Mmmhmm,” Haley mumbled as she walked around the bed and placed the container on his chest before opening it. She didn’t miss the way that his eyes widened in pleasure.

“Peanut butter frosting, yup,” she finished for him.

He licked his lips as he stared at the huge dessert. “You are the best, ever. Untie me so I can dig in,” Jason said absently as he continued to stare at the cake, probably trying to decide which end he was going to attack first.

“You can’t get free?” Haley asked, taking in the knots securing him to her bed.

“You did this yourself?”

“Uh-huh…” Haley mumbled absently as she stepped away from the bed and headed for the bathroom.

“Wait. Where are you going?”

“I’m just getting something to untie you with.”

“Sure thing,” Haley said, glad that he couldn’t see her shit-eating grin. 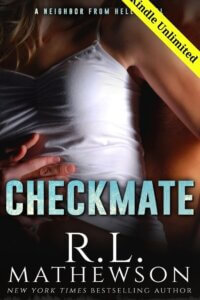 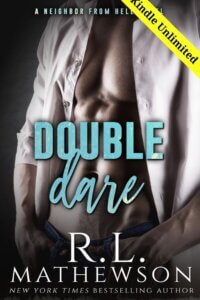 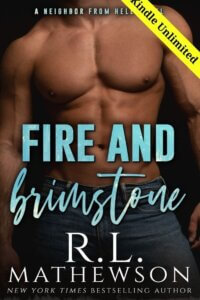 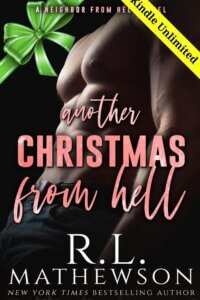