So, last week I promised you an excerpt from one of the next books only the week passed by me before I realized that it was the weekend. I am going to post another excerpt from Furious soon, but I’m not at that point that I can do it without giving too much away.

As for Kale, what I have now would definitely give away too much 🙂

So, I decided to answer a question that I’ve been getting a lot… What the hell is the Fire & Brimstone series?

This is a paranormal series about demons. It exists in the same world as the Pytes. Originally, there were going to be demon books throughout the Pyte series, but I realized that it would make a huge mess out of the series and it would probably end up being a bit confusing.

This is a paranormal romance series that focuses on several different types of demons. It will also crossover with the Pyte series. There is no set date for this book, but the goal is next year.

“I’m not going to hurt you,” Ash said softly as he took a step closer to her, refusing to let her go this time.

As Tomi continued to turn her head, searching for something, he ran his eyes over her and couldn’t help but frown. She was thinner than the last time he saw her, too thin, and her clothes were old, torn, and threadbare. She looked nothing like the spoiled girl he knew six years ago.

“What the hell happened to you?” he snapped before he could stop himself.

“You know what happened, Ash,” Tomi said, giving him an unreadable look before she returned her attention to whatever the hell it was that she was looking for. 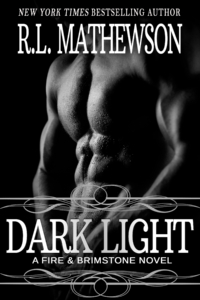 He shook his head. “No, I don’t. You ran out of the church before anyone could stop you and then your parents were telling everyone that you were dead,” he bit out, furious that he’d been lied to.

Ash stepped to the side when the hand that held that gun began to shake, not really in the mood to dig a bullet out of his head tonight. It was more annoying than anything and the last time he’d ruined a very nice rug.

“They said I was dead?” she choked out.

She wiped her eyes with the back of her free hand. “I went to them after I ran from the church. They knew I was alive and…” she began to say only to trail off with a firm shake of her head as she yelled. “Connor!”

He took another step closer and demanded, “Who’s Connor?”

“None of your business,” she snapped as she looked around again.

“It is my business. I want to know where the hell you’ve been all these years. Why your parents are telling everyone that you’re dead and I want to know why you’re out here in the middle of the fucking night in this weather, looking for another fucking loser!”

She spread her arms wide, momentarily forgetting to aim the gun at him. “You won, okay? I don’t know what the hell your problem is or why you care. Six years ago, you got what you wanted. I didn’t marry Jeff and you haven’t had to lay your eyes on me since,” Tomi said, dropping her arms to her sides while she slowly shook her head in disgust. “Now if you don’t mind, I have more important things to do than to stand around here reminiscing with you,” and with that, she turned to walk away.

“Oh, no you don’t, sweetheart. You and I have a hell of a lot more to say to each other,” Ash bit out as he grabbed her arm and turned her back around so that she was forced to look him in the eye as she gave him the answers that he’d waited six goddamn years for.

Tomi made an attempt to pull her arm away from him. “Let go!”

“Not until we’ve talked.”

“I don’t have time for this!” she cried as she finally managed to pull her arm free and walked away, once again, yelling, “Connor!”

“If he wanted to be with you then he’d be here. He probably smartened up and saw you for what you really were and got the hell out of here,” Ash bit out, his words dripping with venom as he went after her.

He’d only meant to come down here and make sure she was safe and find out why she was here, but once again, anger and jealousy took over and he was fucking yelling at her. She’d always had this disturbing effect on him and he fucking hated her for it.

She was his and he was once again forced to stand around and watch as she allowed another man to have her. This was her parents’ fault. Rage had no business bringing his pregnant wife to the surface. It was the dumbest thing they could have done besides getting themselves targeted and killed. It was only under the grace of god that Tomi had somehow survived and was adopted by human parents too fucking stupid to realize what she was.

If she’d been brought up in their world, she would have recognized him for her mate and wouldn’t be entertaining the idea of letting another man touch her. The thought of her with another man had him seeing red and made him want to fucking kill the bastard.

She had no idea what she did to him just by being near him. That first time they’d met triggered a series of changes in him. He’d craved her night and day and no other woman would do and he hated her for it. Not that he’d had a woman in a few centuries or even wanted one, but he hated the fact that the choice was no longer his.

The only satisfaction he got out of their mating was knowing that she wouldn’t enjoy sex with another man. Her body wouldn’t be able to become aroused for anyone but him. She also couldn’t carry another man’s child. Her body was designed for his seed and his alone. As he followed her, he couldn’t help but wonder how this Connor guy felt when he couldn’t make her wet.

So many times, he’d stopped himself from telling her the truth. He’d needed to do it slowly and ease her into it. The world that she’d known wasn’t hers. No matter how much the spoiled little princess pissed him off, he’d never wanted to hurt her. He couldn’t make himself do it. So, he’d foolishly stood by while a pompous arrogant womanizing piece of shit had wined and dined her. It had taken all his will power not to snap the little bastard’s neck, that and the reminder that he was supposed to protect the little bastard at the time.

When Jeff proposed so that he could get his hands on his trust fund earlier, Ash had had enough. After months of watching her kiss another man and hear them in bed, he did what any self-respecting demon would do, he took her.

There was no regret in what he did. She was his and her body knew it. It responded so sweetly to his. After months of fantasies, he did everything he’d ever imagined doing to her, including kneading and kissing that unbelievable ass of hers. He hoped her weight loss hadn’t affected that generous ass, because he’d fucking cry. Everything would have worked out that night if she hadn’t gone back to her own room afterwards.

“You might as well stop yelling. He’s obviously long gone,” Ash drawled in a bored tone as he followed her down the street, still wondering why she was here.

Before he knew what was happening, Tomi rounded on him and shoved him back. “Shut up!” she screamed as tears rolled down her face. “Just shut up! He’s not gone…he’s not…oh, God, please…Connor!”

He was too stunned at her outburst to move. A bitchy remark he could handle, but the flat-out terror he heard in her voice unnerved him. She was scared over some loser? He couldn’t have this. He grabbed her by her arms and held her still.

“Tomi, I don’t know what he’s done to you, but you don’t need to live this way. I’ll take you to your parents. You’ll be safe there, I swear it.”

She shoved away from him. “My parents don’t want me. Don’t you understand? He’s all I have!” Tomi sobbed as she stumbled away.

Anger and jealousy once again flared. “Another loser like Jeff?”

He scoffed. “Sure, he’s not. Look how’s he’s treating you. You’ve gone from a princess to a pauper. Yeah, he’s a real fucking great guy,” Ash said, dryly.

Tomi wiped at her face again as she turned away from him. “Leave me the hell alone.”

She stopped walking to scan the area again. “And why’s that?” she absently demanded.