How It All Began....Mikey and Sebastian

So, this originally was going to be placed in Misunderstood, but it just feels like a Chronicle, so I thought I’d share it here instead 🙂

This takes place in The Promise’s time-frame, when Reese has to go to his parents’ house to get tools and Kasey happily drags Mikey along 🙂 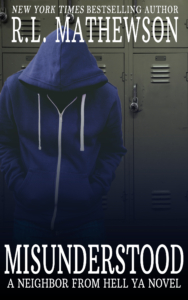 Oh, she was going to be in so much trouble, Mikey thought as she stood there, considering her options. She should pick the older one, but…

He probably wouldn’t want to go with them since he seemed to really enjoy tormenting his father. That left the twins, Mikey realized as she glanced back at the bunkbed in the corner, debating which one that she was going to drag with her.

There was Jonathan, she thought as she took in the twin passed out on the bottom bunk. He was funny, loved baseball, and would probably keep her entertained during the ride to Reese’s parents’ house. He’d definitely be a good choice, Mikey mused as she shifted her attention to his twin brother passed out on the top bunk with a book and-

She couldn’t help but wonder if they really were twins. They definitely didn’t look like twins, Mikey couldn’t help but notice as she took in Jonathan’s dark brown hair, noting that he was a little shorter than his twin brother and didn’t seem to have a problem smiling before she shifted her attention to Sebastian. His hair was darker, almost black and he had green eyes instead of his brother’s blue eyes and she wasn’t really sure that he knew how to smile.

At least, she didn’t think he did, Mikey thought, shooting him a curious glance as she considered him. He was nice, but he was also quiet, really serious, and she really wasn’t sure that’s what she was looking for in a road trip buddy. That left Jonathan, who would probably keep her entertained, she thought even as her gaze drifted to their cousin Cole, who was passed out on the bed by the window. Her mother might let her play catch with him as long as she didn’t throw a fastball, but…

He was a couple years older than her and probably wouldn’t want to hang out with a ten-year-old girl, which meant that she was going to pick one of the twins. Biting back a sigh, Mikey shifted her gaze back to the twins as she debated her options only to realize that she didn’t really have an option.

Jonathan was really her only choice.

Decision made, she quietly made her way to the bed, stepping over dirty clothes, discarded junk food wrappers, comic books, and-

“What are you doing?” came the whispered demand to find Sebastian watching her.

“I need him,” she whispered, gesturing towards his brother.

Frowning, Sebastian leaned over the siderail and glanced down at his brother, who was still asleep before sending her a questioning look that she really didn’t appreciate. “Why?”

“Because your cousin Reese is dragging my mother to his parents’ house to get tools for the renovation on our house and if I don’t bring someone with me to make sure that I stay out of the way there’s a good chance that my mother is going to change her mind and make me go to work with my Uncle Eric, whose idea of fun is paperwork and breaking in a new stapler,” she explained, sighing heavily before adding, “I need him,” as she gestured to his brother.

“I see,” he murmured as she shifted her attention back to his brother, determined to drag him out of here if that’s what it took so that she could…wonder why Sebastian was climbing down the ladder.

That led her to wondering why he was grabbing her hand and dragging her towards the bedroom door, which led to more questions when he paused to grab a change of clothes before he continued dragging her out of the room.

“Umm, what exactly are you doing?” Mikey couldn’t help but wonder as she found herself dragged down the hallway and into the large living room.

“I’m going,” Sebastian said as he released her hand so that he could get dressed.

“Going where?” she couldn’t help but wonder as he absently pulled on his shirt as he glanced around the living room.

“With you,” Sebastian said, sighing when he didn’t find whatever it was that he was looking for.

“That’s really not going to work for me,” Mikey said with a sad shake of her head as she turned around to head back to the boys’ bedroom, because she really wasn’t sure that she could handle spending the day with someone who loved to glare.

“Yeah, well, it’s going to work for me,” Sebastian said, grabbing the back of her shirt and dragged her towards the door, only pausing to glance around the living room one more time, making Mikey frown as she followed his gaze.

“What are you looking for?” she asked as she struggled to reach back and slap his hand away.

“My mother’s Kindle,” he murmured absently only to sigh heavily a moment later as he shook his head and started heading for the door again.

“Does it not bother you that I would prefer your brother?” Mikey couldn’t help but wonder as she was dragged outside.

“Not really,” Sebastian said, heading towards her house and giving her no other choice but to go with him.

“Aren’t you supposed to be on vacation with your family?” she asked, wondering why he was so determined to leave since she would rather spend the day on the beach instead of driving three hours just to get tools.

“Probably,” he murmured, not really sounding all that concerned.

“Shouldn’t I get a say in who goes?” Mikey asked as she was dragged towards Reese’s truck.

“No,” Sebastian said, shrugging it off as he opened the passenger side door.

“Why not?” Mikey asked, unable to help but frown as Sebastian released her so that he could gesture for her to get in the truck.

“Because you picked the wrong brother.”

15 Responses to How It All Began….Mikey and Sebastian