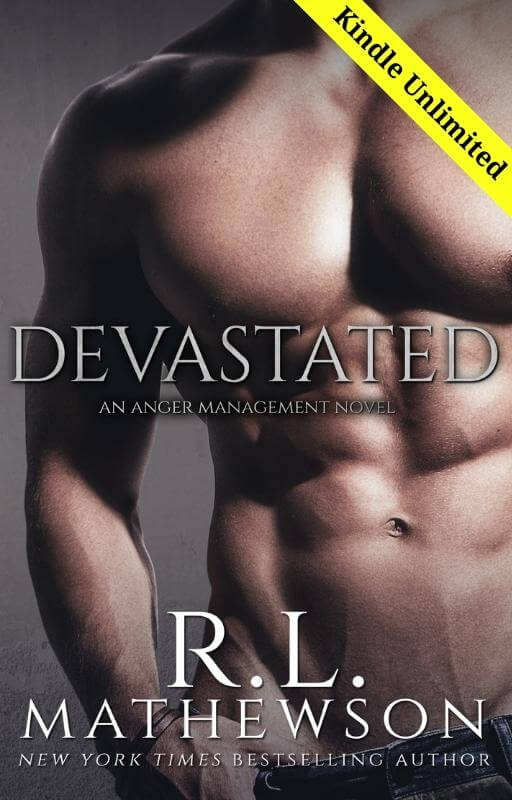 From New York Times bestselling author of the Neighbor from Hell and Pyte/Sentinel series comes a contemporary romance series that takes on the impossible.

The last thing that Hunter O’Mallery needed was an assistant, but thanks to the deal that he never should have made, he has one. As long as she stays out of his way, he was more than happy to ignore her, but now that she’s caught his attention, he can’t stop thinking about her. She intrigued him, which was the last thing that she wanted to do.

Everyone has something in their past that they’d like to forget, but for Kylie Davis there’s no escaping her past. It follows her everywhere, determined to destroy her, and make sure that she pays for the one thing that her family could never forgive her for.

Welcome to the Anger Management series.

“Expiration is…” Kylie mumbled as she searched the Snickers bar that she’d found lodged beneath her seat for an expiration date, “February 2010.”

Worrying her bottom lip with indecision, she contemplated eating the candy bar that was nine years past its expiration and obviously a parting gift from the last person who’d owned this car. Kylie normally wasn’t big on sweets, especially expired ones, but since she hadn’t had a chance to eat anything since lunch yesterday, it was now fair game. She was starving and willing to take a chance on what was most likely going to end up being an adventure later when the candy bar finally settled in her stomach. She’d either end up desperately searching for a pharmacy to get her hands on some antacids or begging a doctor at the emergency room to kill her.

For a moment, Kylie remained kneeling between the back-passenger door and the car as she contemplated the risks. When her stomach released another vicious growl, she decided that a night in the emergency room was well worth the risk. The fact that the candy bar was no longer an attractive light brown, but a hard-white plastic should have changed her mind, but sadly, it didn’t.

Her mouth was practically salivating at the thought of that hard-white plastic-like substance crumbling and crackling on her tongue. She opened her mouth and was just about to take a small bite to savor the questionable treat when she suddenly found herself yanked up off her knees and thrown over a large and somewhat familiar shoulder. It actually concerned her that she’d realized that her precious treat had fallen out of her hands and broken into a hundred tiny pieces on the sidewalk before it registered in her mind that she was once again being manhandled by her new boss. Before she could force her food-starved mind off her ruined meal, he was snapping at her.

“You’re late!” Hunter growled as he shifted her on his shoulder.

Kylie opened her mouth to point out that she’d actually been five minutes early when he started jogging, taking away her ability to speak as she was forced to clench her teeth together and close her eyes while her empty stomach protested rather violently at being bounced around on the obscenely large shoulder.

“Since we have a minute,” Hunter said, easily jogging and not sounding out of breath as she prayed that she wasn’t about to lose whatever was in her stomach all over her new boss’s back, “why don’t we go over the rules?”

“Can it wait until-” Kylie started to suggest only to get cut off abruptly, which in retrospect was probably a good thing since talking while upside down didn’t agree with her head, or her stomach for that matter, and only increased the likelihood of making a memorable first impression.

“Rule one, show up on time or don’t show up at all. No excuses,” Hunter said, and since she actually agreed with that rule, she didn’t argue. Not that she really could put up much of an argument at that point, but she fully planned on explaining a thing or two to him once he put her down and her world stopped spinning.

“Rule number two, no bitching,” he said, sounding irritated as though she’d already committed the offense and she fully planned on arguing that one later, much later, Kylie thought as she squeezed her eyes shut even harder while she prayed that she didn’t pass out.

“Rule number three, I expect things done right the first time. Don’t waste my time and yours with any fuckups. I won’t be happy and I can guarantee that neither will you,” Hunter said right around the time that Kylie decided that perhaps it would be better if she spent the next year living in her car instead of working for a man with a serious anger problem. Just when she’d decided to chance a mortifying moment by telling him just where he could stick his rules, she remembered that lovely contract that she’d been forced to sign this morning before the messenger would hand over the folder.

She could quit, but there had been a dozen clauses about quitting and termination that she hadn’t had a chance to look over yet. It was normally something that would have had her declining an offer and looking for a new job, but she had been a bit preoccupied at the time with the fire quickly spreading and the SWAT team showing up. She’d admit that she hadn’t really given the contract much thought at the time.

Now, however, Kylie was wondering what she’d agreed to by working for the jerk carting her around like a sack of potatoes because she already knew that there was no way that she was going to be able to-

No, she could do this, Kylie told herself before she could talk herself into doing something stupid like quitting because she could handle anything. Well, almost anything, she realized a few seconds later when he took the stairs two at a time.

Available at Amazon for $2.99 and Kindle Unlimited