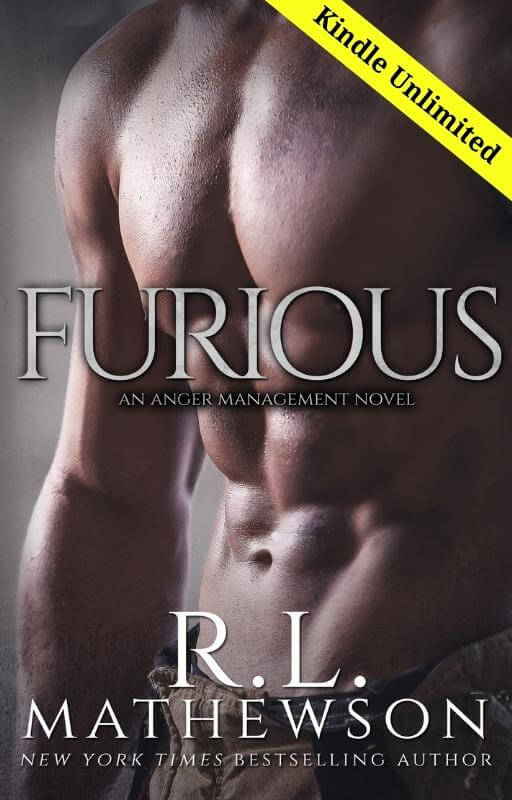 That’s all it took to destroy Chase’s life, and now, he was forced to fight his way back in this contemporary romance by New York Times bestselling author R.L. Mathewson.

Was it wrong to hate your patient? Probably. This was just supposed to be another job for Sloane, but somewhere along the line, everything changed, and she found herself risking everything for the one man that could break her heart.

In the blink of an eye, Chase’s entire world was destroyed, taking away everything that he loved and leaving him struggling to find the will to go on. He hates who he’s become, hates the memories that keep him up at night, and he hates knowing that the life that should have been his was gone forever. The only thing that gives him hope is the one woman that he could never have.

Because he would never survive losing her.

Available at Amazon for $2.99 and Kindle Unlimited

“You know what I’m in the mood to do?” the epitome of evil asked while Sloane sat there, glaring at the man whose wheelchair she wanted to shove in front of an oncoming train.

“No, no, I don’t,” Sloane said evenly as she slowly sipped from her water bottle, seriously contemplating suggesting a ride to the train station to work out some of the uncontrollable rage leftover from her time spent in the linen closet.

Smiling, Chase reached over and plucked the bottle of water out of her hand and took a sip. “I could really go for a walk, couldn’t you?” he suggested, sighing long and loud as she shifted her glare from him to the kitchen window that she could barely see out of thanks to all that rain beating against the glass.

“It’s raining,” Sloane said as though she really thought that would make a difference.

“Perfect weather for a walk,” Chase said brightly while she sat there, staring at the window and wondering where she’d gone wrong. One minute, she’d been reaching for a blanket on the top shelf and the next, she found herself pressed up against the shelves, trying to negotiate with a mad man for her release.

“It’s raining,” Sloane found herself repeating, because really, what else was there to say?

“It will be refreshing,” Chase said, looking happier than she’d ever seen him, which of course, scared the hell out of her because she honestly wasn’t sure how much more of this she could take.

She could deal with asshole patients, depressed patients, belligerent patients, grouchy patients, demanding patients, but she drew the line with patients that started exhibiting the signs of the devil. He was still an asshole, but now he was an asshole who was going out of his way to torture her for his own sick, twisted pleasure and she really wasn’t sure that she was going to survive this without giving in to the urge to slap the bastard.

“No way in hell,” Sloane said evenly, barely aware that she’d started rubbing her temples to alleviate the tension.

A heavy sigh immediately followed, sending a chill up her spine. “I guess I could go for a walk by myself,” the manipulative bastard said with a heartfelt sigh as he reached down, released the brakes on his wheelchair and pushed away from the table.

When she just sat there, rubbing her temples and glaring, he shrugged and released another sigh, this one smaller but no less effective as he slowly rolled his way toward the front door. She should just let him go, Sloane thought, rubbing her temples a little faster. He wasn’t really going, she told herself as she watched him disappear around the corner. If anything, he was just trying to screw with her head and even if he wasn’t, he’d be fine.

In a wheelchair, in the freezing rain with muscle loss, no real physical therapy since his accident, which meant that he probably wouldn’t make it far before he had to give up, but with his muscles spent and locked up from the cold he would probably be stuck out there where he would catch pneumonia and die a miserable bastard. It would serve him right, Sloane told herself even as she pushed her chair back, grumbled about cranky assholes, and headed toward the open front door, noting that he was nowhere in sight.

She should be happy that he wanted to do something besides sitting in front of the television all day, Sloane reminded herself as she stepped outside and found herself immediately drenched. She just wished that his sudden need to leave the confines of the living room didn’t involve her developing pneumonia.

She also wished that she’d made sure that he was outside before she’d stepped outside, Sloane thought when she heard the telltale sound of the front door clicking shut behind her, followed by the sounds of the deadbolt being thrown.

“I really hate that asshole,” Sloane said, nodding to herself as she crossed her arms over her chest and leaned back against the front door to wait out the storm, deciding that perhaps sleeping in a room full of boyband memorabilia wouldn’t be so bad after all. 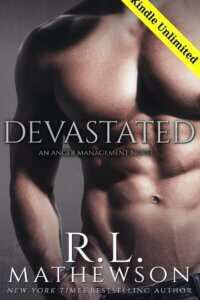