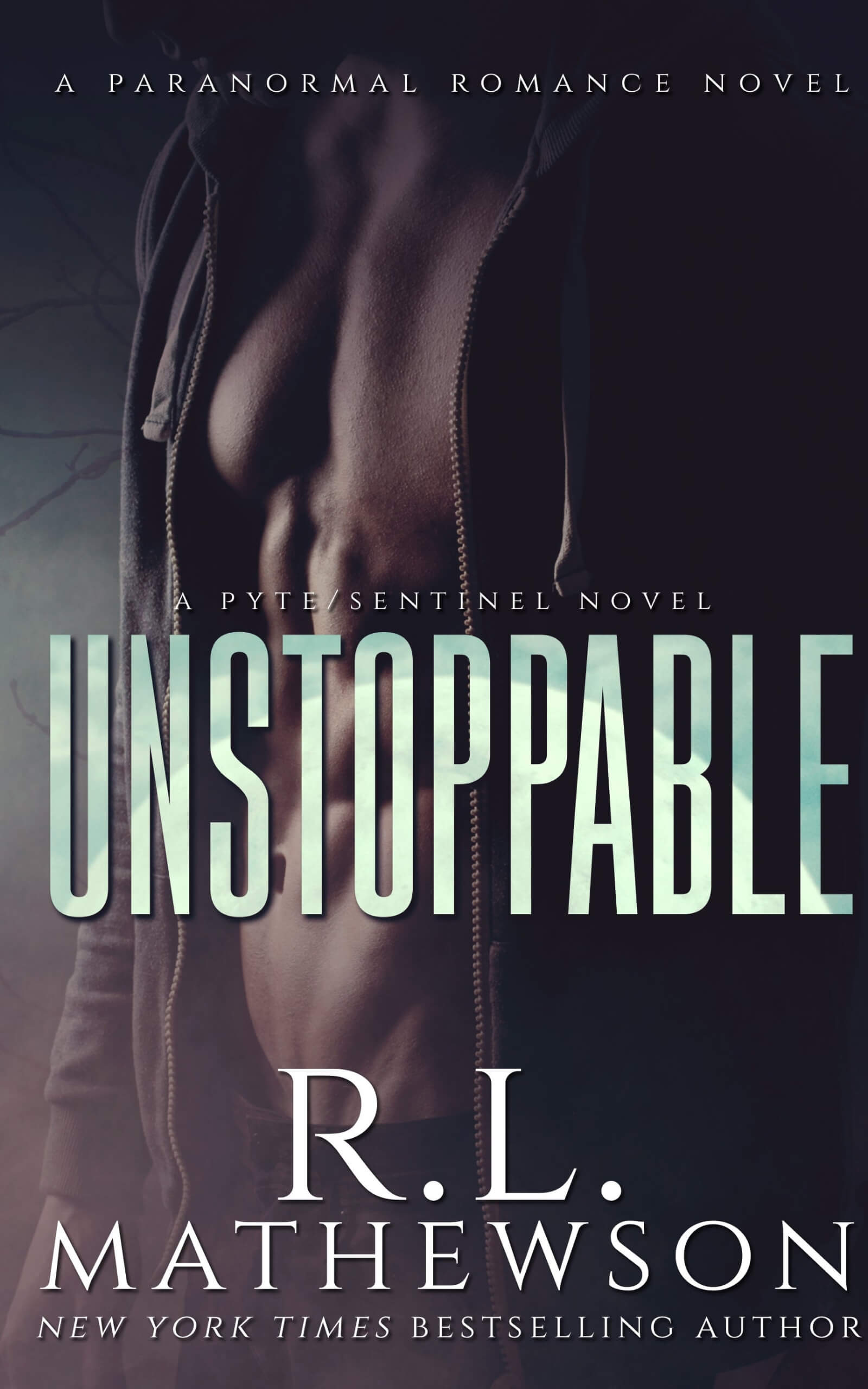 Revenge and fate come together in the seventh installment of the Pyte/Sentinel Series as New York Times bestselling author R.L. Mathewson tells the story of how one of the deadliest shifters in our world is finally brought to his knees.

He couldn’t kill her.

Their mating mark would never allow it, but it would allow him to walk away and never look back. But that wasn’t a choice, not when Kale knew just how dangerous his mate could become if she ever lost control. His plan is simple, keep her safe, out of his way, and focus on the only thing that mattered. He didn’t need her, didn’t want her, and…

He couldn’t stop thinking about her.

No matter how many times Kale tries, he can’t stay away from her and god, does he try. With a bounty on his head and shifters, demons, and vampires doing everything they could to find him, the last thing that Kale needs is to fall in love with his mate.

This wasn’t supposed to happen.

No one was supposed to find her. At least, that was the plan, but somehow the incredibly sexy shifter that loved to glare had found her and now…

She was finally where she belonged.

The only problem was, Ashley had no idea why, but she wasn’t going to complain. Not when things were finally making sense. What she was going to do was pretend that the shifter that hated her didn’t make her want things that she couldn’t have. She just needed to lay low, pretend that she had no idea why anyone would be after her, and hope that her secrets didn’t tear them apart.

To be notified when this book is ready, join the R.L. Mathewson Newsletter.

“I-I would never hurt anyone,” Ashley mumbled absently as she stumbled back.

“And we’ll never find out if that’s true,” Kale said as he continued following her, noting the nervous glances that she kept sending the door and the way that she winced with every sound barely above a whisper.

“Why haven’t you slipped into bloodlust?” Kale wondered, following her as he noted that she’d lost weight, the way that she’d gone pale when he bit into his wrist, the fact that she wasn’t running for the front door, and how she noticeably struggled to stop looking at the blood dripping down his hand.

“I don’t know,” Ashley said, licking her lips nervously as she continued backing away from him.

“You took your transition well,” Kale pointed out, watching her closely.

She snorted at that. “Of course, I took it well. Why wouldn’t I? I looked like a little girl before this.”

“I’m not talking about that,” he said, thinking about her reaction the moment that she’d realized she wasn’t human, the way she’d reacted when her eyes turned red and she spotted her fangs in the mirror.

Her reaction had been more curious than surprised. She hadn’t panicked, freaked out, screamed, cried, or reacted like a woman who had no idea about all those things that go bump in the night should have. The same could be said for when Jacob had been forced to shift in front of her to fix his broken arm. She’d been terrified. There was no question about that, but there had also been a haunted look in her eye as though she’d seen it before. She also hadn’t argued or flipped out over the fact that she needed to drink blood, something that she definitely should have been upset about. Instead, she’d resigned herself to the fact that she required blood for the rest of her life without question, leaving him with more questions.

“You’re not telling me something,” Kale said as he stalked her around the small bedroom.

Licking her lips nervously, Ashley said, “Neither are you,” as she continued to move away from him.

“And I’m not going to,” Kale murmured quietly as he watched her bump into the bed only to quickly climb over it with a curse so that she could put the bed between them.

“Then neither am I,” she said with a firm nod, trying to sound tough, but the way that she worried her bottom lip killed the effect, making her look fucking adorable.

Nodding, Kale shifted to the right and began moving around the bed. “I know one thing.”

“What’s that?” Ashley asked, stumbling back away from the bed as she looked around frantically for somewhere to run.

“You’ve been around shifters before,” Kale said, watching as she quickly closed her mouth into a firm line, it was a small move, but a telling one.

“Which Pack?” he asked, moving closer as he scented the air, looking for any trace of shifter blood on her, but he couldn’t scent any. The only thing that he could smell was the telltale scent of Pyte and fear as she backed up towards the bedroom door. He followed her, refusing to let her go as he watched her, knowing that he was right.

“What’s going on?” Jacob asked as he walked back inside.

“Ashley was just about to tell me,” Kale said, watching her struggling not to panic as she reached down and yanked her shorts back up while she continued backing up, refusing to take her eyes off him.

Smart girl, Kale thought as he allowed his fangs to slide down, watching as her eyes took in the move and had to wonder how she’d managed to escape. She’d been trapped in the body of a child, weak, and easily controlled.

“Did the Pack have an Alpha?” Kale asked, noting the way that her jaw clenched in response.

He could understand a Pack without an Alpha fucking up and letting her escape, but an Alpha…

Would have torn her throat out to make sure that another Pack couldn’t get their hands on her. It left him with more questions that unfortunately for her, he didn’t have time for.

Deciding that they’d played this game long enough, Kale grabbed Ashley and shoved her against the wall. Before she could react, he had his fangs pressed against her throat in warning. As soon as she felt the sharp tips pressed against her skin, she went still as he forced himself to ignore just how good she smelled and released a warning growl, one that had her swallowing hard and her heart racing. He waited for the scent of fear to hit him before he pulled back just enough so that he could speak without risking breaking her skin, knowing just how dangerous her blood was.

“Have you ever seen someone’s throat ripped out?” Kale asked as he leaned back in and carefully ran the tips of his fangs over her soft skin.

“Y-yes,” came the weakly mumbled answer that had him pulling back.

“Who?” Kale asked, watching as her expression grew sad.