Today is the day that: 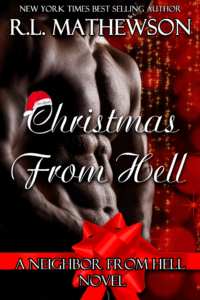 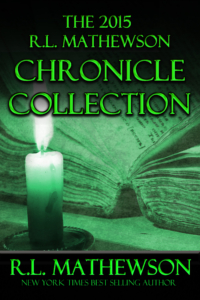 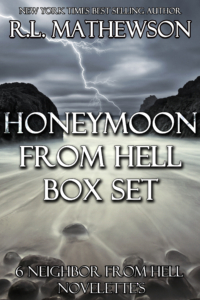 The Honeymoon from Hell Collection

Are now available at an online e-book retailer near you!

Here’s an Excerpt from Christmas from Hell:

Heart pounding against her chest, telling her that she needed to move her ass faster and demanding to know why she’d done something so foolish as to only make one pan of brownies when she knew the house was filled to the rafters with Bradfords, she practically dove for the attic door.

Trying not to panic, she quickly opened the door, shut it behind her and locked it. Not that it would save her, but it should buy her just enough time to do what she needed to do. As quietly as possible, she ran up the stairs and thanked God when she found the door leading directly to Duncan’s bedroom unlocked.

“That’s my brownie, you son of a bitch!” she heard someone shout from the vicinity of the kitchen, letting her know that they were at least all still contained on the first floor.

Trying not to think about what would happen to her when they found her, she opened Duncan’s door, damn near cried in relief when she realized that the only person in the room was the man himself, sprawled out across the large bed in his boxers and making her thank God for small miracles.

When the shouting from downstairs suddenly became louder, she knew that she didn’t have much time so she didn’t waste any. She practically ran towards his bed, pausing every few seconds to pull off her clothes and kick off her shoes. By the time she reached his bed she was completely naked, trembling with fear and praying that this was enough to save her life.

“Duncan!” she whispered, trying not to freak out, but it was difficult not to when she could hear the Bradford clan moving up to the second floor, letting her know that it was only a matter of time before they realized where she was and came after her, demanding more brownies that she wouldn’t be able to produce, because there had only been enough cocoa powder for one batch.

When he didn’t move, she tried not to panic, but it was difficult knowing just how close she was to being mauled by a bunch of hungry Bradfords. Telling herself that she had no other choice, she grabbed the waist of his boxers, yanked them down, pushed him onto his side, jumped into the bed and curled up in front of him as she grabbed the comforter folded at the end of the bed and yanked it up over them and closed her eyes just in time it seemed.

“What the fuck?” someone said as the door was thrown open.

“Oh, I don’t need to see this!” another one said as she laid there, trying to calm her breathing, but it was difficult knowing how close she was to being mauled for more brownies.

“I thought you said that shit was going to knock him out for at least a day!”

“Obviously I fucked up!” the familiar voice said, making her breathe a little easier, because clearly they were buying it.

“He’s sleeping now so shut the fuck up!” someone snapped, making her wonder what they’d given him to knock him out and why.

Of course, when she felt the large, warm hand close over her breast and something very long and hard grind against her bottom, she had to agree that Aidan had definitely fucked up on the dosage.