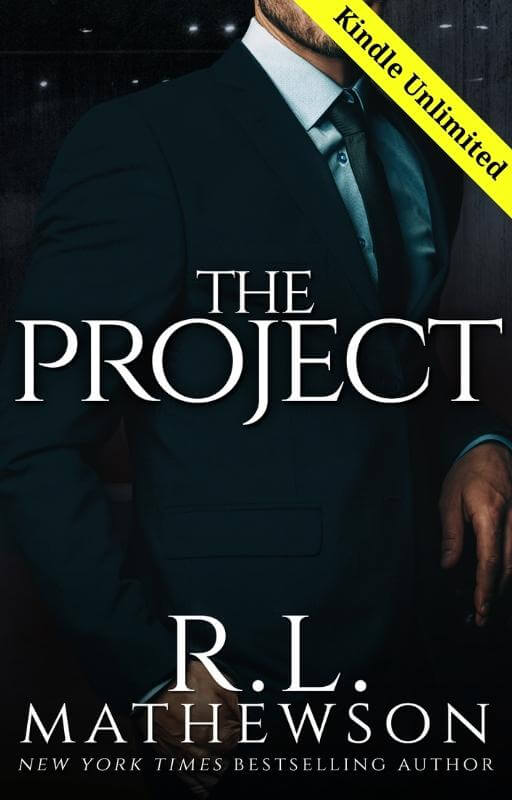 From New York Time’s bestselling author of the Neighbor from Hell series comes a heartwarming romantic comedy about the only thing that matters when you’re about to lose everything that you’ve ever wanted.

The one person that you can’t live without.

She should probably mention that she had no idea what she was doing, but since that would probably result in her new boss, Devyn MacGregor, CEO of Carta Hotels and the incredibly handsome man that didn’t look like he knew how to smile, firing her, Andi Dawson decided that it would be in her best interest to keep that fact to herself. After years of doing a job that had slowly destroyed her will to live, she needed a change, something different, something that gave her a clue about what she was supposed to do with her life, but more importantly, she needed to figure out how she was supposed to keep a secret that could destroy the only thing that mattered to her.

Devyn was so close to having everything that he’d ever wanted when everything suddenly went to hell. He should have seen this coming, should have stayed focused, and he really should stop thinking about the small woman that he should probably fire. He had four months to fix this and he had no idea how he was going to do it, but he knew that he was about to make the biggest mistake of his life.

Available at Amazon for $2.99 or Kindle Unlimited

She should probably be concerned by the fact that the incredibly handsome man leaning back against the wall was still watching her every move, but at the moment, Andi couldn’t stop watching the woman screaming, “I’m not going back!” as she shoved the security guard trying to calm her down out of the way and-

“Miss Dawson?” came the politely murmured words that reluctantly drew Andi’s attention away from the woman that managed to take the guards standing in her way by surprise and glanced at the older woman waiting for her by the receptionist’s desk.

Maybe this was a bad idea, Andi absently thought as movement from her right had her glancing back and-

Definitely a bad idea, Andi decided, swallowing hard as she forced herself to look away from the woman now taking down a security guard with a headlock and reminded herself that she was here for a reason. She needed a change, Andi reminded herself as she plastered a polite smile on her face and stood up only to frown when the man that had been watching her since she sat down pushed away from the wall and moved to join them.

Curious, Andi watched as he approached the woman waiting for her and held out his hand for the resume in her hand. She opened her mouth to argue only to close it, clear her throat and paste a forced smile on her face as she handed Andi’s resume over with a softly murmured, “Of course.”

“Miss Dawson, if you’ll come with me?” he said absently as he glanced down at her resume while Andi couldn’t help but notice the pitying look the other woman was sending her. That couldn’t be good, Andi thought even as she followed the mystery man that commandeered her interview, curious to see where this was going.

“Why did you leave your last job, Miss Dawson?” he asked when they reached the elevator just as the doors slid open.

“There weren’t many opportunities for advancement,” Andi said, still wondering why she’d stayed as long as she had, especially when they-

“Do you cry easily?” he asked, not bothering to look up as he continued reading her resume.

“Not that I’m aware of?” she murmured, taking in the large man standing next to her from his neatly combed black hair, ocean blue eyes, and the firm set of his jaw and couldn’t help but wonder if he ever smiled.

“Do you know how to make coffee?” he murmured, glancing up at her.

“I know how to order coffee,” Andi assured him. When he stared at her, she cleared her throat and said, “If it’s okay with you, I would rather save the obligatory lies for something else.”

“You’re planning on lying to me?” he asked with a slight frown as he leaned back against the wall and considered her.

“Planning? No, but it’s expected at this point,” Andi said with a sad shake of her head.

“Is it?” he murmured, glancing back down at her resume.

“Yes,” Andi absently mumbled as she glanced at the buttons slowly lighting up and couldn’t help but wonder where they were going.

Nodding, he pointed at her resume and asked, “Which part did you lie about?”

“Running,” Andi said, wondering if it would be considered rude at this point to ask who he was. Probably, she thought, biting back a sigh.

“You don’t like running?” he asked, glancing back up at her.

“Not unless a homicidal clown is chasing me and then, I hope for the best,” Andi assured him with a solemn nod.

“Understandable,” he murmured as he considered her. “Did you lie about anything else besides your hobbies?”

“I may have left a few things out,” she admitted, knowing better than to tell him everything.

“Like?” he asked, throwing her a questioning look that she chose to ignore.

“Things that don’t pertain to this job,” Andi said, wondering if she would have been better off taking Uncle Shawn up on his offer to work at the school, but she would really rather avoid going that route if she could, knowing how it would end.

“It does, doesn’t it?” Andi said, really hoping that this wasn’t going to end like the last interview.

“Ever been arrested?” he asked, returning his focus to her resume.

“Does being detained at Disney for trying to kidnap Eeyore count?” Andi asked, deciding that whatever job that she was currently interviewing for was probably her best bet at the moment.

“Depends on how old you were when you did it.”

“Four,” she admitted, still regretting her decision to involve her brother.

“Sounds like you were ambitious,” he said as she took in his expensively tailored suit, perfect haircut, and freshly polished shoes and quickly determined that he was upper management. Maybe a V.P.? Andi thought, hoping that he didn’t work in the accounting department since that wouldn’t work for her.

“I was determined,” Andi assured him.

“Ever embezzled?” he asked, throwing her a questioning look.

“No, but I do have a bad habit of raiding supply closets,” she admitted with a helpless shrug, knowing that she probably should have kept that one to herself.

At his questioning look, she admitted, “I have a pen addiction.”

“I think I can handle that,” the man that still hadn’t told her what job she was interviewing for murmured. “Do you have a problem with long hours?”

“Will it involve running?” Andi asked, blinking up at him.

Lips twitching, he said, “No.”

“Then, I’m good,” Andi said, nodding as the elevator doors opened and a plump woman carrying a stack of folders joined them.

“Then I’ll see you tomorrow at seven,” he said with a nod, already walking off the elevator before his words had a chance to register and once they did, the doors were already closing behind him, leaving her standing there, frowning as the elevator slowly made its way back downstairs. She probably should have asked more questions, Andi thought, worrying her bottom lip between her teeth. She considered waiting until she was home to find out who her mystery man was, but…

“Excuse me, but do you know who the man that I was talking to is?” Andi asked, wondering what she would do if he worked in accounting. Probably not show up, Andi decided, feeling her shoulders slump as the thought of going through another interview had her biting back a groan.

“Mr. MacGregor? He’s the CEO of Carta Hotels,” the woman said with a polite smile.

“Oh…” Andi mumbled, unable to help but frown since that left her with more questions than answers.

“Why do you ask?” the woman absently asked, shifting her attention to the stack of folders in her arms.

“I think he just gave me a job,” Andi said only to frown when the other woman suddenly went still as she slowly looked up with a horrified expression on her face and said, “Oh, god, you poor thing.”