The Great Lockdown of 2020 Part VI

As promised in the Neighbor from Hell group last night, I have an announcement. Thanks to help from Smashwords.com and some finagling at Amazon, I was able to move the release date for Finally. Instead of having to wait until May 5th for its release, it’s been moved to this Tuesday, April 28th so that you don’t have to wait.

I hope you enjoy Devin and Charlie’s story and that they’re able to make you smile. I was sad to see their story end, but I really enjoyed working with them.

If you pre-ordered this book, you don’t have to do anything. The release date has automatically changed to deliver your copy on time.

The content in this Chronicle is intended for adults, 18 years and older.

“It’s just that,” his son, who he loved more than anything, said as he shifted to get more comfortable on the bed between them with a heavy sigh, “I think things would have gone differently if I’d chosen the dog instead of the top hat.”

“Why are you here?” Trevor asked as he laid there on his stomach, biting back a groan as his erection that had been enjoying the way his wife had been running her hands over him finally died while the reason that he hadn’t been able to make love to his wife for the past five days reached over and stole his pillow.

“Why wouldn’t I be here?” Sebastian asked, sounding bored as Trevor laid there, glaring at him.

“It’s two in the morning,” Zoe said, sighing heavily even as she reached up to ruffle their son’s hair.

“Which is the perfect time for a rematch,” Sebastian said absently as he reached over his mother and helped himself to her kindle.

“You want a rematch?” Trevor asked slowly, terrified that he hadn’t misheard him, because he couldn’t be serious.

“Yeah,” Sebastian said, already settling back while Trevor glanced at his wife to find her looking absolutely fucking terrified.

“You’ve won every game,” Trevor pointed out, trying not to panic.

“But I wasn’t able to get a Boardwalk monopoly the last time,” Sebastian said, swiping to the next page.

“Maybe you should see if your brother or sister want to play?” Zoe suggested, sounding really fucking hopeful.

“I’d rather spend time with you,” Sebastian said, not bothering to look up as he swiped to the next page.

“Why?” Trevor asked, narrowing his eyes on his son.

“I just feel like we should take advantage of this quarantine and really get to know each other,” Sebastian said with a heartfelt sigh and a firm nod as he swiped to the next page.

“And the twelve straight hours we spent together yesterday wasn’t enough?” Zoe asked, frowning in confusion as Trevor finally accepted the fact that he wasn’t going to get any time alone with his wife and sat up.

Sebastian pursed his lips up thoughtfully only to shake his head. “No, it wasn’t.”

Resigning himself to being tormented by his son for a few more hours, Trevor shoved the blankets aside, and climbed out of bed, deciding that he was going to need something to help him get through this. “I’ll be right back,” he said, sighing as he headed for the door only to go wince when Sebastian said, “Hurry back.”

“This was a really good idea,” Mikey said around a handful of popcorn while Reese sat there, wondering why the twins weren’t crying to save him from doing this.

“Yes, it was,” Reese mumbled absently as he threw a hopeful look at the baby monitor on the coffee table only to sigh when he spotted his boys fast asleep in their crib.

“It’s too bad mom couldn’t join us,” Mikey said with a sad shake of her head.

“Yeah, too bad,” he mumbled, wishing that he was five months pregnant so that he could get out of this.

“Maybe we should see if you Sara or your Uncle Eric would like to join us,” Reese said, sending a hopeful look towards the little bastard’s closed bedroom door.

“But this is our time together, Daddy,” Mikey said with a look that actually fucking terrified him.

“Okay,” he said hollowly because he honestly didn’t know what else there was to say.

“Are you hungry, Daddy? I can make us some sandwiches,” Mikey said, moving to do just that when Reese reached over and grabbed her arm, stopping her from doing something that was going to end with him forcing himself to eat something disturbing just so that he didn’t hurt her feelings.

“No, I’m not hungry,” he blurted out, watching as she frowned adorably.

“You’re not hungry?” she asked, blinking in confusion.

“Well, umm, that’s true but I don’t want to be a bother,” Reese said, giving her a hopeful smile.

“It’s not a bother,” Mikey said with a huge grin as she reached over and grabbed a ziplock bag. “I made these earlier!”

“Oh, that’s…that’s great, sweetie,” Reese said as he reluctantly accepted the bag full of what appeared to be cookies, but…

“They’re a combination of peanut butter chocolate chip cookies and chocolate cake,” Mikey explained with a huge smile as she gestured for him to try one.

Afraid to ask how she’d combined the two, Reese forced himself to reach into the bag and picked one up, noting that it was kind of squishy and-

Sighed in fucking relief when the cookie/cake was plucked out of his hand and Sebastian was there, dropping down on the couch next to Mikey.

“What are you doing here?” Reese asked even though he had to admit that he really didn’t fucking care right now, not when it saved him from his baby girl, whom he fucking adored, but…

“Got kicked out,” Sebastian said, not really sounding all that upset about it.

“You got kicked out of quarantine?” Mikey asked, frowning.

“Weird, right?” Sebastian said absently as he pulled a Kindle out of his sweatshirt pocket and began reading.

“It really is,” Mikey said, nodding solemnly as Reese sat there, wondering why he hadn’t thought of that as he glanced at Mikey and-

“I would have just come back,” she said, correctly reading his mind.

For readers who enjoy touching stories that make them smile, laugh, and fall in love. 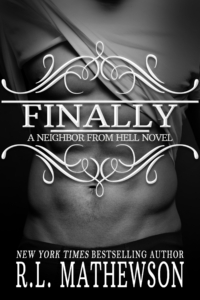 Sometimes life doesn’t go the way that we expected. That’s what happened to Devin Bradford when he received the news that turned his life upside down seven years ago. Determined to be there for his children, Devin has put his life on hold, putting his children first even if that meant telling himself that he couldn’t have the only woman that he’d ever wanted.

After years of putting off taking the next step, Charlie was finally ready, mostly because her best friend had threatened to make her life a living hell if she didn’t. Knowing that she wouldn’t be able to pull this off unless she made some changes, Charlie somehow finds herself moving into the in-law apartment of the man that seemed to go out of his way to avoid her only to find herself wondering if she was chasing the wrong dream after all

4 Responses to The Great Lockdown of 2020 Part VI