Teacher of the Year: Part III 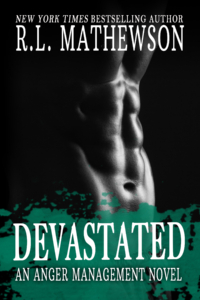 Teacher of the Year

“Why don’t we pick teams?” Haley suggested, but there was just something about the way she did it…

“Fine. You go first,” Jason said, as his gaze flickered from his wife who was up to something to Nicholas and Andrea, the best students in school, knowing that she was going to pick them first.

But that was fine, because he had a plan. He’d pick whichever one of them that she didn’t, then handpick the rest of his team, making sure that he picked the students with the best memories first. Once he had his team assembled, he’d focus his questions on dates and-

“He’s not in this class and he’s only twelve years old. He hasn’t even studied the material we’re going over,” he pointed out.

Another shrug. “I’ll chance it.”

“Fine. Then I’ll take Nicholas,” he said, gesturing for the student who was going to win him that parking spot.

“You can have them all,” Haley said sweetly.

“I thought you wanted to win,” he said, glancing over to find Sebastian lost in his book.

“And I’m going to win,” she said, pushing her glasses back up her nose before gesturing towards Sebastian, “with him.”

“I see,” Jason murmured thoughtfully as he glanced from Sebastian, who he’d admit was incredibly fucking bright, to the rest of his classroom who had three years of advanced history under their belts and decided that he’d be a fucking moron if he didn’t take advantage of this. “Why don’t we make this interesting?”

“What did you have in mind?” Haley asked, focusing her attention on selecting a cupcake that he planned on stealing.

“Loser does grocery shopping and laundry for a month,” he said, watching her frown as he waited for her to show her hand, because there was no doubt in his mind that she already had something in mind.

“Umm, aren’t you still banned from the grocery store? And the kids do the laundry, so that’s not really going to work for me,” she said with a sad shake of her head.

Then what did you have in mind?” he asked in offhand tone as he reached over and helped himself to a chocolate cupcake.

She pursed her lips up adorably, pretending to think it over as he stood there, waiting to find out what his wife was up to. “Winner gets to sleep in on weekends for two months?” she suggested, making his eyes narrow.

“No bet, not while you’re pregnant,” he said, because there was no way in hell that he was making her get up and deal with their kids while she was carrying his precious baby.

There was a sigh and then, “Well, I mean, I guess the winner gets to go to New York next week to do a meet and greet with the Yankees,” she said, shrugging it off while he stood there, glaring.

“The tickets are sold out,” he reminded her.

“All but four,” she said casually, as she took a bite of her yellow cupcake.

“Then I’m going,” he said, plucking the cupcake out of her hand and finished it off in one bite as he glared down at the small woman that really should know better at this point.

“Sorry, the other three tickets are already spoken for,” she said, shrugging it off.

“By who?” he asked, already making plans to get his hands one of those tickets, because he was fucking going and they both knew it.

“Mikey won the tickets,” Haley said with a smile and a satisfied sigh as he stood there, biting back a curse because if the tickets were Mikey’s then that meant there was no way in hell that he was going to be able to get his hands on three of the tickets. He was going to have to focus on the small woman in front of him.

If Mikey was going, then so was Sebastian since the two of them were inseparable and that meant either Reese or Trevor had the third ticket. Unless…

“Your father already claimed the third ticket,” Haley said, selecting another cupcake while he stood there, glaring.

“How did you get the last ticket?” he demanded, because that ticket by all rights, should be his and they both fucking knew it.

“She cried and when that didn’t work, she played the baby card,” Sebastian said, sounding bored as he turned the page.

“I see,” Jason said, admittedly impressed that his little grasshopper had outplayed his cousins.

Nodding, Haley said, “Winner gets to go to New York for the weekend.”

“I’m going,” he bit out, because they both knew that there was nothing on this fucking earth that was going to stop him and now that he knew what was really at risk here, there was way that he was going to lose.

3 Responses to Teacher of the Year: Part III