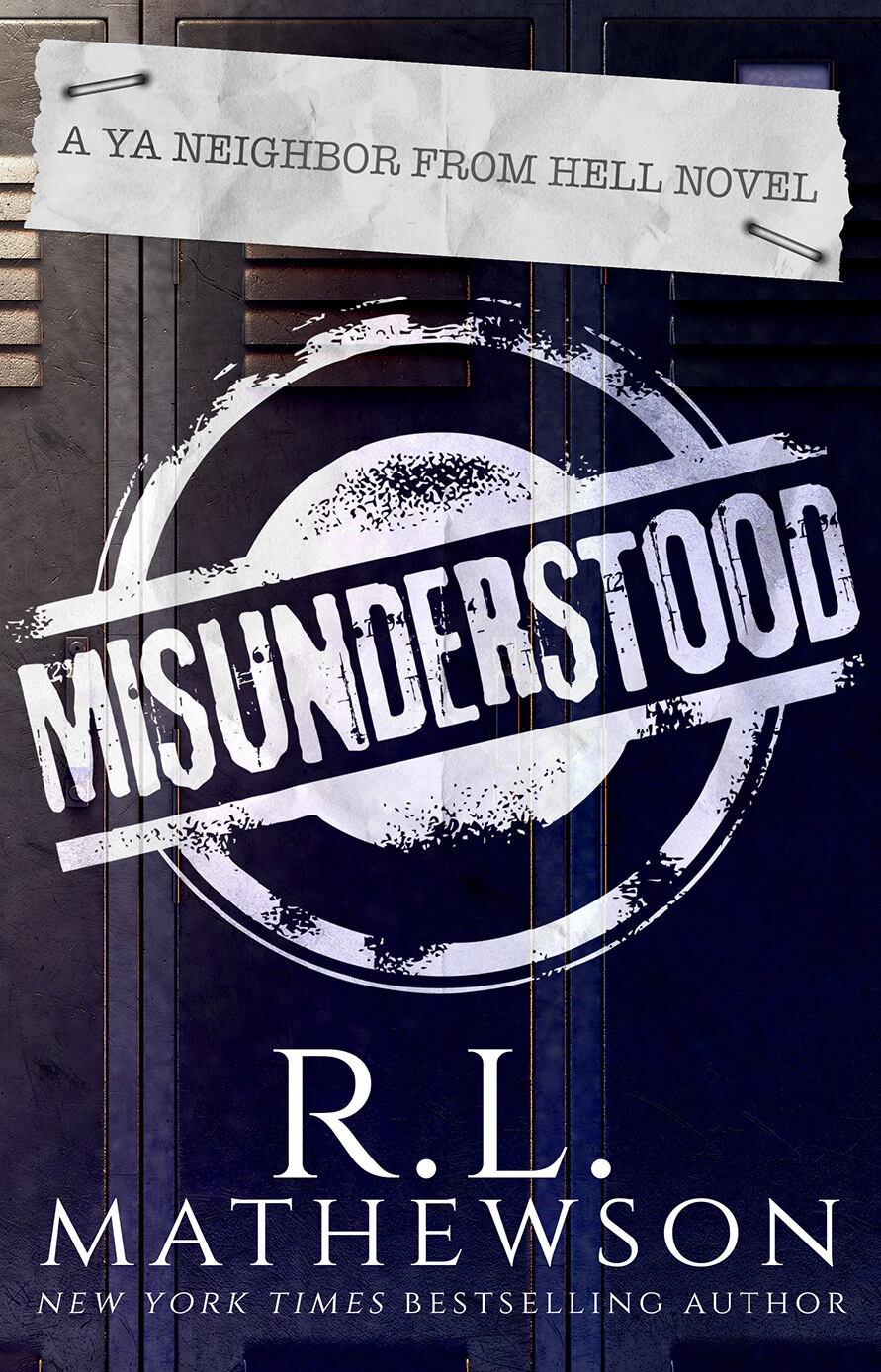 From New York Time’s Bestselling Author R.L. Mathewson comes the YA series inspired by the Neighbor from Hell Series…

The Neighbor from Hell YA Series.

For readers who enjoy stories that leave them smiling…

Do you ever feel like life isn’t going the way that you thought it would?

He’s about to learn a life lesson that he will never forget.

Mikey Campbell loves her family, baseball, and teasing a smile out of her best friend. She’d never met anyone like Sebastian before. He was smart, funny, incredibly kind, and way too damn serious for someone their age and she had no idea why, but she was determined to find out.

The good news was that she probably didn’t have to worry about writing that book report anymore, Mikey thought as she took in the large man glaring down at her.

“Start talking,” Uncle Trevor said, not really looking all that happy to find her curled up in his son’s bed, which was understandable since she wasn’t exactly supposed to be here.

“I missed you?” she said with a hopeful smile only to add, “so much,” when he narrowed his eyes on her.

“What did we talk about, Mikey?” Uncle Trevor asked, sighing heavily as he folded his insanely large arms over his chest while he waited for an answer.

“That making Jonathan cry for my own amusement is wrong?” she said, ignoring the gasp of outrage from the other side of the room.

“For the last time, little girl,” Jonathan snapped as he shoved his blankets aside and got to his feet, “I had something in my eye!”

“No, he didn’t,” she mouthed, shaking her head as Uncle Trevor tried to bite back a smile only to end up clearing his throat and turning his head with a small cough to cover the chuckle that escaped.

“You know what? We’re over!” Jonathan bit out as he grabbed a change of clothes from his bureau and stormed off toward the door only to add, “Over!” once again as he slammed the door shut behind him.

At Uncle Trevor’s questioning look, Mikey said, “He’ll be back,” with a firm nod that had him opening his mouth to say something only to close it when Jonathan walked back into the room, looking calmer than he had a few seconds ago. With a helpless shrug, Jonathan said, “I forgive you.”

“For getting you stuck at the top of the Ferris wheel or for making you cry because I was bored?” Mikey asked, mostly because she liked clarification. She didn’t bother asking him if he forgave her for making that video since she doubted that he would ever forgive her for doing that.

Then again, since he didn’t know that she’d made a video…

It was probably for the best if she didn’t mention it at the moment.

His eyes narrowed on her as he said, “There was something in my eye,” before he took a shuddering breath and waved it off as though it was of little consequence. “For the sake of our relationship–”

“Ah, we don’t have one,” she pointed out only to have him continue as though she hadn’t said anything.

“–I’m willing to forgive you.”

And with that, Jonathan turned around and walked away, leaving her sitting there, shaking her head in disbelief as she turned her attention back to Uncle Trevor to find him rubbing his hands roughly down his face as he said, “I really just can’t with that kid.”

“Understandable,” Mikey murmured, nodding solemnly as she glanced down to find Sebastian on his back with one arm thrown over his face, fast asleep on the bed next to her.

God, he looked exhausted, Mikey thought even as she couldn’t help but smile. He’d stayed up all night, helping her get through her book and when she’d been too tired to make out the words, he’d taken over, reading to her while she’d curled up next to him with her eyes closed as she’d lost herself to the soft timbre of his voice as he’d made the story come alive.

At some point, she’d fallen asleep only to wake up to find Sebastian’s arms wrapped around her, holding her close. When she’d tried to roll over onto her side, he’d growled as his arms tightened around her and pulled her closer until she gave up trying to roll over onto her side and snuggled in closer only to fall asleep within minutes. He really was a demanding bed hog, Mikey thought, biting back a sigh when she once again turned her attention back to Uncle Trevor to find him watching her, looking as though he was debating his next words.

Finally, he said, “Mikey, I really don’t think this is a good idea.”

“What’s not a good idea?” she absently asked as she shoved the blankets off and swung her legs over the side of the bed while she reached over and grabbed her book that wasn’t as bad as she first thought, off Sebastian’s nightstand.

“Sleeping in the same bed with Sebastian,” he said with a pointed look at them.

“Would it help if I told you that I hadn’t planned on sleeping over, but that boy,” and this is where she paused so that she could point a damning finger at Sebastian, “wouldn’t let me borrow a dictionary without an interrogation?”

Frowning, Uncle Trevor asked, “Wait. Why don’t you have a dictionary?”

“Because my religion forbids it,” she said with a firm nod that had him narrowing his eyes on her.

“But your religion is okay with you sleeping in the same bed with a teenage boy?” he countered.

“It does when I have a book report due on Monday,” Mikey said, holding up the thick book as proof.

“And you couldn’t have asked your parents for help?” Uncle Trevor asked as she slipped her feet back into her sneakers.

“Not if I wanted a passing grade,” Mikey admitted with a sad shake of her head that had his lips twitching.

“I see,” he murmured, looking thoughtful before asking, “And how exactly did you get in here?”

“I feel that it would be in my best interest not to answer that question,” she said, tossing the book on the bed so that she could reach down and grab the sweatshirt that really was quite comfortable off the floor and pulled it on.

“And I’m assuming that you’re not going to tell me how you got out of your house without your parents knowing either?” Uncle Trevor asked, clearly understanding her need for survival.