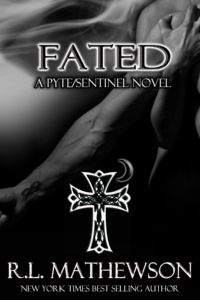 Coming to a e-book store near you on March 26th.

There was another heavy sigh while Darrin stood there, leaning back against the wall and gestured to the crazed duo fighting over what had once been a whicker basket or some piece of shit decoration that he just really didn’t give a flying fuck about.

“Would someone please do something before they destroy the entire store?” the manager demanded, but Reese noticed that the bastard hugging his arm to his chest wasn’t manning up and going in for a second attempt to break this up.

“What would you suggest?” Reese asked dryly as he leaned back against the wall near his twin and absently waved away another elderly couple pausing long enough to take photos to post on Facebook.

“What would I suggest?” the manager repeated somewhat hysterically. “I suggest you do something! Anything! Just get them out of my store!” he screamed even as he took a healthy step back and joined the twins against the wall and well away from the pair of fighting women, who had stopped caring about who they hurt or what they’d damaged long ago in their desperate attempt to get their greedy little hands on…

Well, Reese really had no fucking clue what they were fighting over. The only thing that he knew at the second was that this was without a doubt the saddest fight that he’d ever witnessed and he prayed that no one ever linked this incident to their family name. Judging by the horrified expression on his twin’s face, he was praying for the same damn thing.

“We’re going to have to arrest them,” Darrin said, but Reese noticed that he didn’t make any move to go stop the fight and cuff either one of their cousins’ wives.

Then he remembered the looks of pity, the way his male relatives couldn’t quite meet his eyes and the offers to show him the proper way to roll a condom down a banana so that he would be prepared, “what the time came.”

He could fucking kill that bitch for-

“What are we watching?” Marybeth, the woman who had driven his twin crazy all his life, asked as she made a space between them and snuggled closer to her husband.

It always amazed him that no matter what they wore, how they combed their hair or even talked, she was always able to tell them apart without question. Their mother was the only other person that could do that and unfortunately for them, she’d used it to her advantage while they were growing up. They hadn’t been able to get away with shit thanks to her uncanny ability to tell them apart.

“Short girls gone bad,” Darrin said as he reached into the large McDonald’s bag that Reese just realized that she was carrying, and pulled out what appeared to be a Big Mac.

Without a word, Marybeth held the bag out to him and with a smile of thanks, because he was fucking starving, he reached in and pulled out a second Big Mac.

“Have you tried hosing them down?” Marybeth asked as she absently nibbled on a fry, completely enthralled with the sad slap fight going on in front of them.

“Manager made an attempt,” Darrin offered.

“It didn’t end well,” Reese finished as he unwrapped his sandwich, inhaled the delicious scents of meat, cheese and secret sauce and took a very large bite of that lukewarm delicious treat.

“T-they growled,” the manager said defensively as he continued to stand there, staring at the fight that really wasn’t going anywhere, looking just as horrified as he had been when they’d briefly turned their attention on him.

“Call their husbands?” Marybeth asked, reaching into the bag and grabbed a handful of fries.

“Yup,” Darrin said, helping himself to her fries.

“And?” she asked, reaching back over and stealing them out of the large bastard’s hands before he could shove them in his mouth.

“As soon as we told them that they were in a Lowe’s store they refused to come here,” Reese explained with a shrug since it should be more than obvious where the Bradfords stood when it came to hardware stores.

To them, Lowes was the store where women went to coordinate and find the perfect lawn decoration while Home Depot was where men who were serious about construction went to get the job done right.

It was fucking sad, but he was a Bradford male, so sadly, he understand and accepted their reasoning.

“Did you tell them that you were going to have to arrest them?” she asked.

When they both nodded, she sighed heavily, muttered something about arrogant Bradford bastards, shoved the large bag of food into her husband’s arms and walked over to the saddest fucking fight that he’d ever seen in his life. Before he could ask her what she was doing or warn her to get out of the way, Marybeth had both women by the ear and on their feet.

“It’s time to go,” Marybeth said with a nod towards the double front doors, which of course earned two gasps of horror as both women, cringing from the hold Marybeth had on their ears, gestured wildly towards a carriage overfilled with lawn decorations, candle holders and-

“Oh my God, that is so cute!” Marybeth mumbled in awe even as she dragged the two miscreants towards the exit. On the way there, she paused just long enough to gesture towards the carriage with a slight nod, which earned her an eye roll, a chuckle and a kiss as Darrin dutifully pulled out his bankcard and handed it to the manager.

As the manager rushed to checkout the carriage, probably terrified that the wild little things would come back to fight over the Mickey Mouse lawn gnome, Reese couldn’t but chuckle as he asked, “She does realize that they’re probably going to kill her late one night in her sleep for doing this, right?”

With a heavy sigh that all married Bradford men adopted quickly after saying, “I do,” Darrin nodded and said, “It’s pretty much expected.”

15 Responses to A Trip to the Hardware Store: Part V