“Make sure that you tell the kids how much I love them,” Jason said, pausing to cough weakly as he pulled the covers up to his chin.

“And I know that after I die that you’ll eventually want to start dating again and even consider getting married again,” he said, cutting her off with an accusatory glare as though she was already considering it, “but ignore those feelings and continue mourning me until your dying day.”

At this point Haley really had to fight the urge to roll her eyes, because this was just getting pathetic.

“And make sure that they bury me somewhere with decent shade. I don’t want my gravestone to fade,” he said and this time, she did roll her eyes.

“Jason,” she said, sighing his name heavily with annoyance, because she was really sick of having this conversation, “you have a cold.”

“You don’t know that!” he snapped in outrage. “I could have a very rare strain of the flu for all you know!”

Praying for patience, she pushed her glasses back up her nose. “You have a cold,” she once again reminded him. “Your uncle said that you should feel better in a day or two.”

“He’s a fucking quack!” Jason, the biggest pain in the ass when he was sick, said in outrage.

“Are you going to get a pen and paper so that you can write down my last wishes?” he demanded…again.

“No, no I’m not,” she said, feeling a headache coming on.

“You betraying bitch!” he gasped, which normally would have earned him her fists of fury, but God help her, he was just too pathetic to get mad at right now.

“You’re going to live,” she told him as she placed the glass of ginger ale and plate of pizza that he’d demanded on the nightstand next to him.

“Yes, you’re right. You’re going to die,” she said dryly, too exhausted to argue with him anymore.

“Oh my God! What the hell is wrong with you?” he demanded in outrage, shocked as though he hadn’t been professing that he was dying for the last four days.

“Cause I’m a cold hearted bitch,” Haley said with a sigh, hoping to get a chance to go back downstairs and lay down for a bit.

He didn’t respond as he picked up the glass of ginger ale, but he did glare until he realized that she hadn’t followed his orders to the letter. “Where’s my straw?”

“Do you really need one?” she asked, sounding exhausted even to her own ears, but then again she was running a fever of a hundred and two so that was probably to be expected.

“Yes! How else do you expect me to recover?” he asked, placing the glass back down with a huff.

“Jason, your fever is gone. You have a sight cough so I think it’s a safe bet to say that you’re going to make it,” she said with a sniffle while she headed for the door, praying that she made it to the couch before she passed out.

“It’s the calm before the storm, baby! My fever will be back with a vengeance!” he said as she walked out of the room and headed downstairs, shaking her head and wondering how a simple cold could turn a grown man into such a baby.

“Aren’t you going to profess your undying love for me just in case I don’t make it?” he yelled as she made it to the couch just in time as her head spun, turning her legs into Jell-O and dropping her on her ass, which thankfully landed on the soft couch.

Once her butt hit the couch, she simply gave in to the exhaustion, laid down on her side and curled up, cursing herself out silently for not grabbing some Advil and a glass of ginger ale for herself before she laid down.

“You’ll miss me!” the pain in the ass that she loved more than anything declared loudly, turning her almost headache into a full-fledged migraine.

A few minutes later when she was blessedly starting to doze off, he yelled, “You’ve left me to die like this? Without a straw or some ice cream to settle my stomach after I eat my pizza? I thought you loved me!”

Sighing, she turned over onto her side and decided that next time the big baby got sick, she was dropping his ass off with his parents. Then again, the last time that she’d tried that, which had been four days ago, they’d simply dragged him back here and left him on her doorstep, whining and bitching that nobody loved him.

“Does no one care that I’m dying?” he demanded as she rolled over onto her other side, trying to ignore the pain in her head and deciding that once she could walk without feeling like she was going to pass out that she was going to go upstairs and smother the large bastard with a pillow. 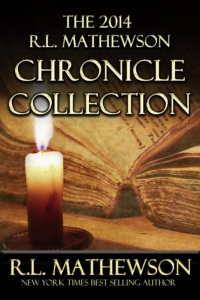